There is an ancient belief that every human has a particular spirit animal as their faithful companion through life. These seemingly imaginary animals are there to protect you and keep you away from trouble, but also fight for you when it’s inevitable, especially during tough moments in life.

Many people decide to get animal tattoos (here are some of the tattoo ideas for guys) because they represent courage, wisdom, readiness to react, protectiveness, strength, beauty, and much more. In most cases, your tattoo is or can be an accurate representation of yourself along with your struggles and successes.

Contrary to popular belief, the size of your tattoo does not play a role in the whole equation. In other words, you won’t diminish the symbolism behind a tattoo by reducing its size.

Regardless of whether this is your first or hundredth tattoo, it’s of utmost importance that you figure out what kind of symbolism you’re going for.

Here are some of the most popular animal tattoos for women, and meanings behind each of them:

The first animal most women want to get a tattoo of is the lion. The reasons for this are pretty simple – lions are the kings of all animals, and as such, they represent strength, courage, and leadership.

If you’re a strong and independent woman who is focused on sheer success both in business and personal aspects of your life, a fearsome lioness roaring across your back would be a great tattoo idea. A simple ‘Per Aspera Ad Astra’ ribbon below the tattoo would further solidify your message. 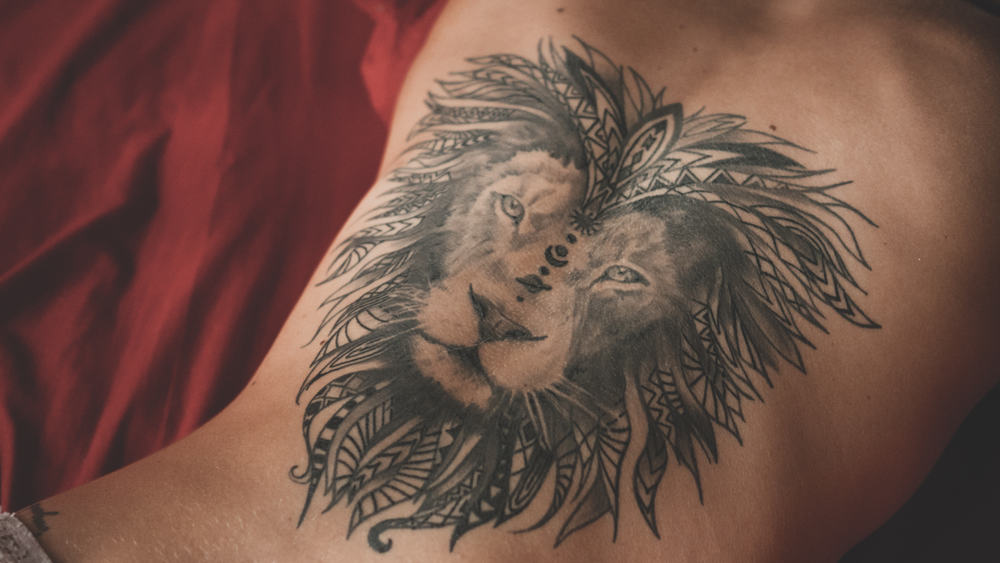 Cats are often related to supernatural powers and mysticism. On top of that, they also represent independence and feminine energy. The great thing about cat tattoos is the fact that there are countless cat breeds and each sends a slightly different message.

However, most women opt for the simple and powerful tattoo of a black cat because it portrays the wearer’s tendencies to believe in supernatural powers as well as their affection towards magic and mystery.

Dogs are our best friends. Many women decide to get a tattoo of a dog because it represents loyalty, devotion, and good companionship. Finding these virtues in the animal kingdom is not easy, in fact, it’s borderline impossible. Just like with cats, you can choose between countless breeds and opt for the one that represents your personal views and characteristics the best.

You can choose to add a few cartoon touches to your tattoo in order to make it look a bit more comical and fun if that’s what you’re going for. However, you can also opt to get a tattoo of a fearless Rottweiler showing its canines to anyone who dares to mess with you.

Peacocks are all about the charm, beauty, dignity, and most importantly – pride. If you’re proud of your achievements or perhaps want to express your love and amazement towards beauty in the universe, a nice tattoo of a peacock would be a good idea.

Some women don’t want to go through a process of tattooing the whole animal, so they tattoo just a peacock feather. It represents similar virtues that are packed into a small yet incredibly beautiful and mesmerizing thing – a mere feather.

While hippos aren’t as popular and sought-after as some other animals, they are a great representation of dedicated mothers that are unconditionally devoted to protecting both their young ones as well as their territory from intruders.

If you want to express your devotion and love towards your child, a tattoo of a hippo is a safe bet. In case you’re worried that this animal won’t look as attractive and good on your skin, go for a more cartoonish style and you won’t regret it.

These are just a few of animal tattoo ideas for women that have a strong symbolic meaning. Remember — first figure out what kind of symbolism you’re going for and then choose the design that suits your character, to make sure you’ll never regret the decision to tattoo your skin.

For more similar articles make sure to visit our blog!