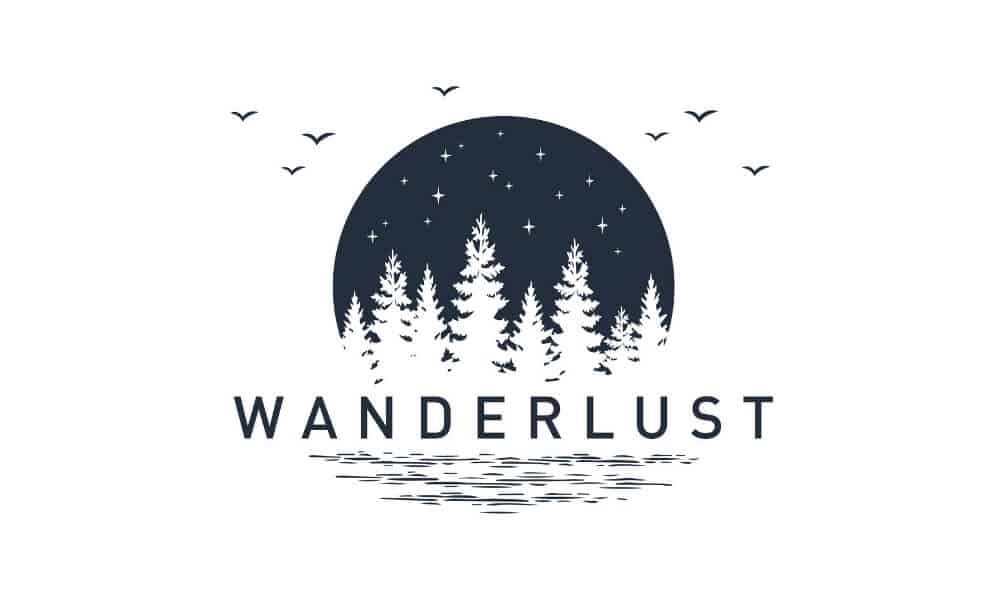 If you’re a traveling adventurist, then you probably have a bunch of items you’ve collected all over the world throughout your journey. Some people collect passport stamps; others find inspiration in breathtaking wanderlust tattoos.

In case you love exploring and adrenaline-pumped adventures, then it’s probably a good idea to take a look at some wanderlust tattoo designs, and find the one that suits your character the most. It doesn’t matter whether you’re an artist, engineer, or a world-renowned scientist – there’s definitely a tattoo design that will meet your needs and expectations.

The concept behind these designs is pretty simple – if you’re an individual who likes to travel and explore various parts of the world, you ought to get a wanderlust tattoo at some point to pay homage to your adventures.

The important thing you should remember is that, contrary to popular belief, these designs don’t have to be massive or overly complex. In fact, smaller designs usually tend to spark more creativity and can come off as more impactful than large designs. Bear in mind; this is not a fact but rather anecdotal evidence based on a large sample size of people who opted for more compact designs.

Here are some popular wanderlust tattoo ideas you should check out:

When traveling adventures are mentioned, the first thing most people think about is a traditional compass. It’s a classic symbol of travel and one’s readiness to undergo an adventure with an unknown outcome.

If you’re an avid traveler and are looking for a suitable tattoo design, getting a tattoo of a traditional compass is more than a viable idea. However, we would recommend being a bit creative with it, so that it doesn’t resemble every other tattoo of a compass. 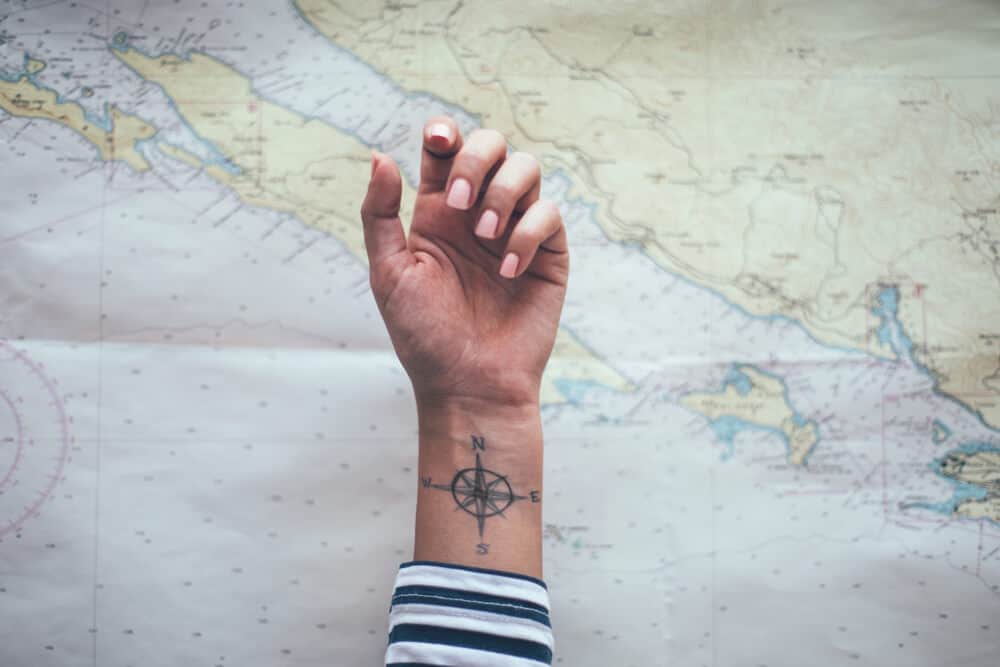 In order to conquer the world, you have to pay homage to it first. Is there a better way to do that than getting a tattoo of a globe? Many people decide to get a tattoo of a globe because it represents a massive area that is about to be conquered. If you’re a true lover of adventures and travels, getting a globe tattoo is an excellent idea.

The best thing about this particular design is that you can add tiny creative bits to it in order to make it more appealing and interesting. For example, adding a tiny suitcase with wings to the whole design would make it much more interesting and would symbolize your adventures properly.

A Map of the Whole World

Quite a lot of people opt for this particular design because it’s pretty simple yet incredibly powerful. The design is relatively simple because it usually doesn’t require any shading but rather just an outline of the continents.

Apart from it looking really cool, it also sends a powerful message regarding your intentions and passion for exploration. If you’re worried about the pain and number of sessions you’ll have to go through with particular tattoos, this one is a perfect choice because it’s probably the least painful of the whole bunch since it rarely requires shading.

Passport Stamps Tattoos are a Thing!

More and more people are opting for passport stamps tattoos as they are growing in popularity in the past couple of years. The idea is pretty simple and straightforward – find a page in your passport that contains the stamps from your favorite destinations and get a replica tattooed on your body.

It’s a funny and cool idea while also having the potential to come off as a masterpiece rather than a gimmick.

If you want to read more about interesting tattoo designs and other similar subjects, check out our other articles!